Our fifth issue kicks off the first in a series of country-focused snapshots of Syrian artistic practice around the world. What are Syrian artists are doing now? What are they working on, what are their challenges, and how have the past eight years impacted their work?

We start with Berlin. While not one of the traditional art hubs for Middle Eastern students, like Egypt, Italy or France, Germany has been home to generations of Syrian artists, never more famously than the late great Marwan.

In his short essay, ‘Germany: The Accidental Route’, Boutros Al Maari charts the evolution of the relationship between Germany and Syrian artists – both as a historical destination as well as its recent role in providing asylum.

“Everybody expects you to use the narratives of war and asylum seeking,” says Yasser Safi as part of a Q&A studio visit with Ali Kaaf. Both artists speak about their experiences moving to and working in Berlin. Meanwhile, our Long Read looks at Germany through the lens of multimedia artists Fadi Hamwi and Manaf Halbouni, based in Berlin and Dresden respectively.

We also interview Berlin-based Hiba Alansari and Alina Amer on their recent participation in the show Personal Revolutions; and what Ansari describes as “the transparent thread” that connects artists like them with their counterparts in Berlin and, indeed, around the world.

Plus, we spotlight the deeply intimate works of Nasser Hussein, and feature a personal essay by Tammam Azzam,who shares his thoughts on how easily Syrian artists can be defined as ‘political artists’ for parsing the events taking place in their homeland in their work.

We also have an open call for essays on the history of Syrian artists for our next location -  we’ll give you a hint: think the City of Light!

Enough from us - happy reading! 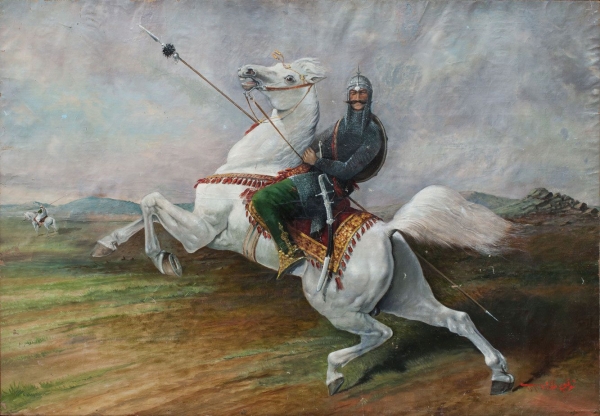 We are looking for essays on Syrian artists who  studied in Paris, and who live and work there. We would love you to send in your ideas and we will pick one lucky winner and commission them to write an essay for our upcoming Paris issue. 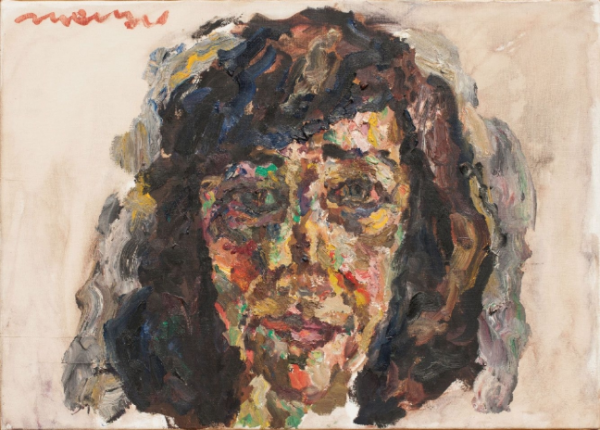 In his short essay, ‘Germany: The Accidental Route’, Boutros Al Maari charts the evolution of the relationship between Germany and Syrian artists – both as a historical destination as well as its recent role in providing asylum. 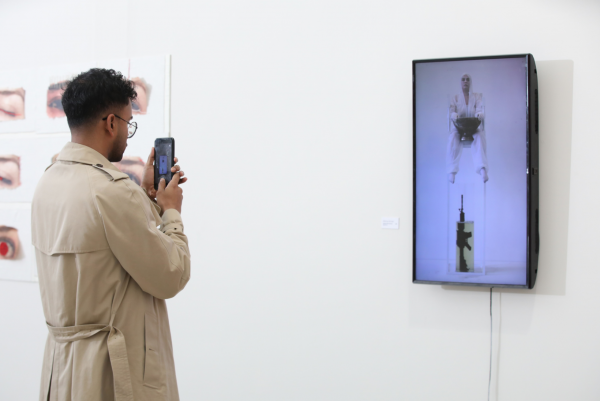 Earlier this year, Personal Revolutions, curated by Mouna Atassi, brought together the works of 11 pioneering women artists in an exploration of personal identity against the backdrop of Syria’s socio-political landscape over the last 100 years.

The artists themselves live scattered across all corners of the globe – we speak to two who live in Berlin, Hiba Alansari and Alina Amer, about their reflections upon the show, as well as their experience living and creating work in Germany. 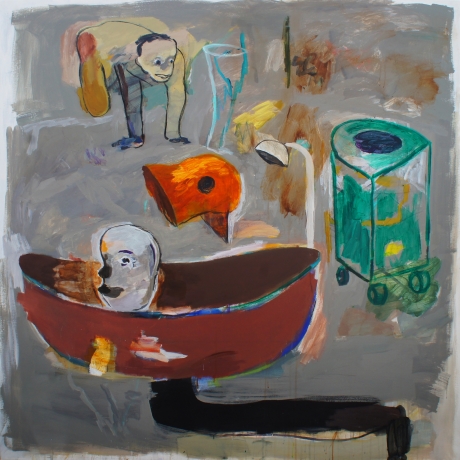 In The Studio: Ali Kaaf and Yasser Safi

Berlin-based artists Ali Kaaf and Yasser Safi take us on a visual tour of their works alongside commentary on their views of life in Berlin. 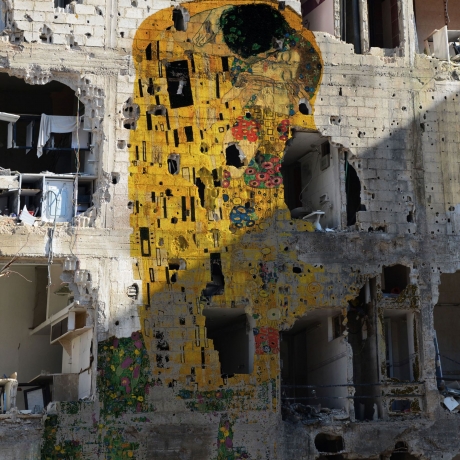 A Kiss is Just a Kiss

Tammam Azzam left Syria in 2011. A few years later, when he released his photomontage work of Klimt’s The Kiss, depicting the iconic painting transposed on a crumbling Syrian building, the Internet went crazy. The ensuing international press coverage and global attention even led to the inclusion of his work in Banksy’s sensational Dismaland exhibition in the UK. Since then, Azzam has moved to Germany, most recently settling in Berlin. He talks to The Journal about the transition from painting to digital work and back again, and how moving has influenced his work. 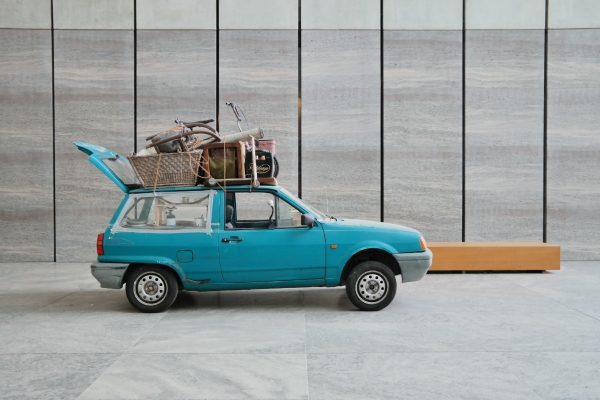 Historically Germany has not been part of the Big Three destinations to which Middle Eastern artists travelled to study art (Egypt, France and Italy), yet it is no less significant, having nurtured waves of Syrian talent starting perhaps most famously with Marwan. Today, due to the on-going conflict, Germany is also home to nearly half a million Syrians. Among them is a new generation of artists relocating and adapting to new lives and new studio practices. We speak to Berlin-based Fadi Al-Hamwi and Dresden-based Manaf Halbouni, about their work, their experiences in Germany, and their studio routines. 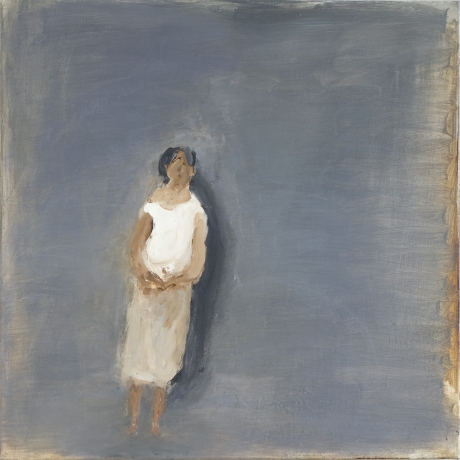 Aleppo-born Nasser Hussein creates delicately rendered figures that inhabit canvases full of muted, earthy colours. With a focus on technique and a precise colour palette, the Berlin-based artist has developed his aesthetic through time spent in both Dusseldorf and Berlin. While they function as a reflection of his moods and experience, ultimately, Hussein seeks to leave each painting open to interpretation, fulfilling a dual role of creating intimacy, and yet retaining a sense of emotional distance.